Connecting People Who Care With Causes That Matter
donate now !

Article Appeared in Redstone Review
By Kristen Bruckner
Jean Welch had a goal of living 30,000 days. On December 9th, 2014 she accomplished that goal and decided that she wanted to pay it forward.  When the incredibly hearty 82-year old resident of Big Elk Meadows realized that it was also “Colorado Gives” day, she seized the opportunity to share her good fortune.  Ms. Welch decided that she would donate to the Lyons Community Foundation $1 for every 1,000 days that she’d been on the planet.  While she claims her $30 contribution “isn’t much”, her sentiment and generous spirit represent an immeasurable gift.  When the flood hit Big Elk in 2013 she had the same resilient, giving attitude.  “We all lived through such a horrible experience, but everyone stepped forward and helped each other.  We need to keep that spirit going and stay committed to helping our neighbors.  People get comfortable and are afraid of stepping out of the box”.  As an adult, Ms. Welch had previously lived in a flood-prone area of Texas and was no stranger to flooding.  As she describes, “you just have to deal with it, rebuild and move on.  We can’t forget the lessons that we have learned about helping others in need”.  If an 82 year old can manage to return to her home in the mountains, reach out to other neighbors, donate on-line and share her sentiments on Facebook, others should be so inspired. 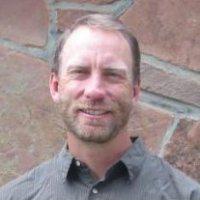 Phil Aumiller, giving back to his community.
Vehicle Donations: a Win-Win Way to Give
Lyons resident Phil Aumiller figured he’d gotten his money’s worth from his Volkswagen Jetta TDI. “It had 60,000 miles on it when I bought it, and I drove it for another 134,000,” he said. “I didn't want to try to sell it myself, which is always a painful, time-consuming process…and I didn't know if somebody would buy it for a couple hundred dollars or a couple thousand.”

So Aumiller contacted Vehicles for Charity. “I thought an auction was the best way to get some cash for the car,” he said. “I'm really glad that it fetched nearly $1,000 toward a worthy cause.”

Not only did the Lyons Community Foundation “win” – with the proceeds of the car going toward post-flood rebuilding efforts – Aumiller did, too: “By going through Vehicles for Charity, I didn't need to renew the car’s registration, which had lapsed and would have cost me $170,” he said. “I didn't need to get an emissions test, either, which requires an appointment at a diesel emissions location and would have cost $60 or so. And I didn't need to spend $2,800 to replace the fuel injector pump and timing belt.”

Indeed, according to Aumiller, the car was falling apart – except for the engine. “The car had a cracked windshield, and the glove box was broken. The paint was badly oxidized and the car had yellowed headlight lenses,” he explained. “Its best feature was the TDI engine, which is in-demand and is probably why somebody bought it.”

The Lyons Community Foundation, an affiliate of The Community Foundation Serving Boulder County, designates grants to areas of greatest need – from providing emergency services and meeting basic needs for individuals, to the Lyons Fire Protection District, the Town of Lyons and various volunteer groups.

“Vehicle donations are just one more way to donate and give back to our communities,” said Maegan Vallejo, Individual Giving Coordinator at The Community Foundation. “You can turn your used car into grant dollars for local nonprofits, a scholarship for Leadership Fellows, to help pay for a School Readiness Coordinator, or a variety of other options.”